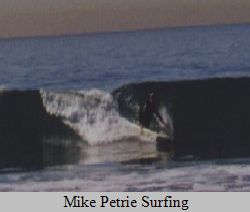 Whether it's surfing, mucking about in boats, or whatever . . . at age 50, I have discovered that there are few things in life that can really make a guy feel as vibrant and alive as playing around in the ocean. When you add to the mix some completely unsolicited attention from two lovely young females, it can absolutely make you feel like a kid again! I don't care how happy you are with your spouse -- since the late 1980s my wife and I have enjoyed a downright "blissful" life together -- or whether you're a man or a woman, we all enjoy confirmation that we've "still got it!" And so it was one recent and sunshiny beach day. This is nearly verbatim what occurred:

It was a beautiful warm June morning here in sunny Southern California. (Ho hum, just another day in paradise.) A Friday, to be precise. To my great delight, the ocean was unusually warm for this early in the season, allowing me to spend the morning surfing the nicely breaking sets of waves without the bulky wetsuit. Invigorated and exhausted after nearly two hours frolicking in the Pacific, I left the water and, carrying my board under my arm, began trudging through the warm soft sand toward my little house on the beach.

Passing by two rather attractive girls seated on beach towels (in their mid 30s, I would guess, so "girls" is most assuredly not the politically correct word), they both smiled a friendly hello to which I responded in kind.

"We were watching you surf," one of them spoke, her smile broadening. "Sure looks like fun."

"It definitely is," I assured her. Wet, chilled and tired, I continued walking to my house a few yards away, adding over my shoulder in passing, "Hope I didn't embarrass myself too much out there."

The breeze carried her response, "It was lots more fun watching you than reading my book." 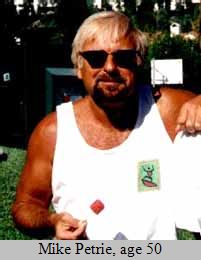 Grinning sheepishly, not at all sure if that meant my aquatic antics had appeared skillful or merely amusingly goofy, I continued trekking my way across the sand.

Arriving at my little beachfront bungalow and beginning to open the front gate, one of the "girls," getting up and moving in my direction, asked, "Oh my, do you live here?"

I replied in the affirmative to which the other girl, also on the rise, remarked, "Wow, you are living the true California Dream; surfing and living right here on the beach. Do you know how lucky you are? It's amazing."

"You two aren't from California?" I asked them collectively, thinking perhaps they were tourists.

"Oh yes, we've lived in California all our lives," the first one responded. "But, I'm afraid the California Dream gets a bit diluted the further inland you live."

Her friend then asked how it was that I was able to be out playing in the ocean and not working today. "Well, it's ALMOST the weekend! I'm just celebrating Saturday a day early," I answered making light of her question. "Actually, I guess I'm just your average, middle aged, stuffy old attorney who likes to take an occasional morning off to go surfing."

"An attorney!" the other one seemed almost gleeful at such a revelation.

We continued chatting, the two of them hopping from foot to foot, undeterred by the hot sand burning their feet.

"You really ARE living the California dream!" they declared with joint enthusiasm.

They were right, I knew. Originally from the Midwest, I've been a Californian for more than thirty years and seldom a day goes by that I don't give thanks for the winds of fate depositing me here. 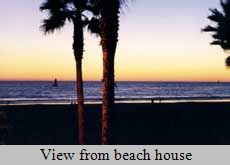 The three of us stood there, gabbing about beach life, surfing, saving the whales and a whole host of West Coast-type subjects; the spatial distance between us diminishing noticeably as we conversed. Now, I'm old enough to truly appreciate being the recipient of overtly flirtatious conduct from two bikini clad beach bunnies, but figured we had been yucking it up about long enough. Besides, I was wet and a bit chilled, so I made a move to leave their company and go inside the house.

"So, have you lived here long?" one inquired to my backside, apparently not yet ready to see our little tete-a-tete terminated.

Now standing in the doorway of the house, I turned to answer, "Yes, we have lived here for quite a while."

The look on their faces was instant indicia that decidedly negative information had just been processed. Our delightful little banter was, effectively, over. They bid me a harried, "Well, it sure was nice meeting you . . . Bye!"

And they were gone.